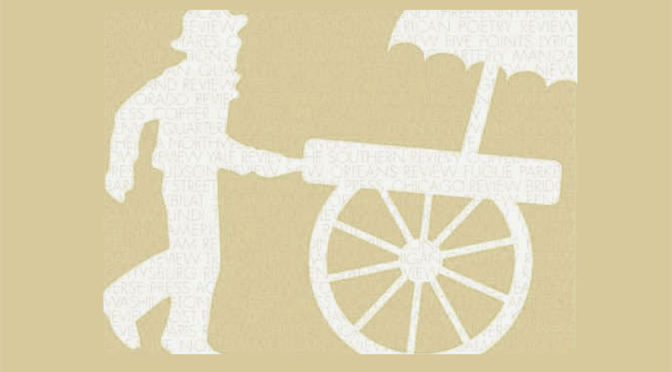 Yesterday my world turned over. The kind editors at So Say We All have nominated my story ‘Second Legs‘ for two immensely prestigious awards.

Read all about it here: Baby’s First Pushcart Nominations!

First up is the Pushcart Prize.

Next up (because it is in no way secondary) is the PEN/Robert J. Dau Short Story Prize for Emerging Authors.

But, before I get into all that- allow me to begin at the beginning.

‘Second Legs‘ is a story that I’d shopped around for a while, getting rejected for a variety of reasons. Some places left it at “it’s not a good fit for us”, while others said they liked the story but it just “kinda ended” and “needed something more satisfying”. Admittedly, a quiet, sad story about a girl coming of age in mid-century suburbia that also includes visceral body horror is an odd duck. Eventually, I started to believe that I was just doing horror wrong. That I needed to get scarier, or more straight forward. Perhaps it would be better if there was a tooth fairy-type monster or what if the girl eventually devolved into nothing but bones herself? What would be more satisfying and fitting? How can I love a genre so much and misunderstand it so fundamentally? The thought depressed me. I vaguely rewrote the ending in a way that, to my tastes, was more cliche- which I figured would pass as satisfying to a broader horror audience.

Then, I submitted the story to So Say We All in April, and they accepted it! I was over the moon.

The revision process with editor Natanya Ann Pulley was more fun than I’d ever dreamed. She pointed out weak spots I’d overlooked, and (possibly more importantly) noted opportunities where the story could be made even stronger. She suggested dropping in details to really make scenes come to life, and cutting bits to even out the pacing. Most importantly, she suggested that I essentially go back to my original ending! It made me tear up with relief that I hadn’t been so deeply wrong in the beginning. By the end of the process I was deeply proud of the story that I’d written.

Then came a waiting period. I followed the So Say We All blog as the cover art rolled in and the other business of putting a book together happened. I grinned with glee to see Brian Everson’s advanced review of the anthology. The release date was moved up to Black Friday (November 25th) of this year.

To tell the honest truth, I found out I was nominated for the Pushcart because I have a pathetic habit of googling my name when I’m bored. I like to day-dream of what it will be like when I finally reach some modicum of success, and so I pretend that I’m a stranger looking myself up. Anyways, enough of that: yesterday the top hit was from the So Say We All website. It was tagged with my name, and also the word ‘pushcart’.

I thought: “Aw, that’s sweet of them. They’re announcing their Pushcart nominees and have taken the time to give shout outs to all their authors.” Since I’m terminally curious, I decided to see who the nominees were. However, if you took the time to click on the top link of this post, you’ll see that it was not simply a laundry-listing of all So Say We All contributors. It only included the names of the nominees. The reason my name was tagged was because I was nominated.

As I scrolled down and saw my name at the very bottom of the list, my stomach dropped and I felt dizzy. I felt like something must have been very wrong, but there was no indication that I was hallucinating. I rushed to my writer email to confirm that this wasn’t some bizarre typo. Surely they would have sent me a note to let me know that I’d been nominated.

What I found instead was an email about YET ANOTHER award nomination. It was for the PEN Emerging Author Award and it involved paperwork that needed to be filled out as soon as possible. As I dreamily printed out the page where I would sign over the rights for ‘Second Legs’ to be included in the PEN anthology should I win, the reality of the situation began to sink in.

Now, I consider myself to have a pretty wild imagination but I never, ever imagined that I might be nominated for one, let alone two, major literary awards with my first published story. And, yet, it is the case! Of course, I’m still quite skeptical of my chances of actually winning the prizes, but the nominations still stand. And whether I win or not, it’s going to be pretty hard to pry this validation from my claws.

Thank you so much to Natanya Ann Pulley, Julia Evans, and Ryan Bradford, as well as everyone else whose name I don’t know, but who may have contributed to this process. The next few months are going to be incredible, and who knows what lovely madness the future holds.

Black Candies: Gross and Unlikeable will be available for pre-sale on Monday, November 14th.

You can bookmark it as To Read on Goodreads by following this link.